During the past years, a lot of research has been conducted on the Education and care program in early childhood settings. The researchers have suggested that the early years of the child are the crucial learning stages. As these years lay a good foundation for the learning of the child.  A wide range of factors is responsible for developing a child’s potential. An important aspect which makes Australia distinctive from other countries is our ancestral empathy which is a major factor in the development of a child. (Heckman & Masterov 2004)

It is evident that the practices and education laid down in the early days of life are persistent. The investments made in the early days in terms of education, time and money prove to be fruitful as compared to any other time in a lifetime. (Moore 2006, Silburn et al. 2011)

Policies and Schemes for Education and care program:

In 2009, the Council of Australian Governments identified the essential requisite to invest in early childhood under (COAG 2009).

The vision of this strategy was to give the children of Australia a good start for life so that their future in terms of education and employment becomes laudable for them and the nation.

It was wholeheartedly supported by educational research bodies and research organizations. The welcomed the initiative with the idea of developing a stronger system involving early childhood education and care for the long benefits for the entire community and Australia. Such ideas, suggestion, and support drove the need to develop a strong Early Childhood Education and Care (ECEC) in Australia which will meet the expectations of parents, children and the entire society.

The Australian government has worked on the early childhood care and education programs devotedly by launching schemes, national partnership agreements, amendments and reform initiatives to the existing outlines. In order to increase the number of participants in the ECEC prior starting the full time schooling the government has shown full support.

Thus there are many childhood programs in various ranges to achieve the target of taking care of the children in the best ways.

In this age group, a deprived care for the child proved out to be a major flaw in the development (linguistic and thinking skills) of the child (Productivity Commission 2014).

As quoted by Centre for Community Child Health (CCCH), 2007 in the first three years of age the child does not develop many skills, therefore, the programs at this early stage do not create larger contributions in the development of intellectual and linguistic skills. If the childcare is with excellent efforts then they do affect the learning and linguistic skills of a child of 0-3 years age.

A bunch of studies was reviewed for understanding the benefits of Education and care program design in early childhood settings. Some of them quoted that the childhood programs for age group 0-3 years are extremely advantageous for improvement in sociability, skills like concentration, intellectual development etc. during schooling days while some quoted that there could be a potential risk of developing an anti-social behavior in the future with the lower ability of learning. (Sylva et al. 2010; Sammons et al. 2012)

As quoted by Elliott 2006; Moore 2006 it has been found that the children of the weak economic classes and poor background benefitted largely from such educational and care programs. (Belsky et al. 2007) said that the child care programs for 0-3 years are advantageous for increasing the vocabulary, social behavior, and skills of a child.

With the approval of 15-hour preschool a year under the National Partnership Agreement on Universal Access to Early Childhood Education, 2015 is a good example of the accepted ideology of early child care by the Australian Government.

Pre-schooling and Child Care setting for 3-5 years of age:

According to Warren & Haisken-DeNew 2013, a lot of researches has been conducted to observe and get conclusions about the benefits of pre-schooling for child care. The evidence have cited that the preschools have largely benefitted the child’s learning, understanding and speaking skills along with the kid’s socio-behavioral benefits.

Attending the pre-school with regular presence was beneficial than attending it irregularly (Sammons et al. 2012). The studies reflected an increase in effectiveness of Education and care program with high results (improved learning, increased development of child) when children from different social sectors attended the same preschool. (Sylva et al. 2004).

The preschool programs must be profound on the cultural front as they aim to largely benefit children from disadvantaged home (Harrison et al. 2012; Mann et al. 2011).

(Baxter & Hand 2013; Hewitt & Walter 2014) have concluded that the students from weaker sections of the society are most likely to get benefitted by these preschool programs.

The ECEC system was introduced for taking care of the child for better education and development. These have been some reforms in the system like:

•    In 2015, a review of National Partnership Agreement on National Quality Agenda for ECEC

•    The national interests like improvement and agreement measuring the outcomes of the agenda designed for child care by COAG (2009, 2013)

National Commission of Audit of 2014

In the National Commission of Audit of 2014 (Australian Government), the audit report included a recommendation of substituting the child care benefits with a simple payment method to the family to take care of the costs for childcare.

The recommended amendments were executed in the form of payments for the child care accounted in the budget of the year 2015 where the single tested Child Care Subsidy was about to instigate on 1 July, 2017 hence replacing the Child Care Benefit, Special Child Care Rebate, Education, Job and Training Fee Assistance programs for the Child Care.

NQF in Australia the National Quality Framework has an important feature National Quality Standard (NQS) which is a chief platform for evaluating the Early Childhood Care and Education even outside the school hours. The key quality areas established by NQS which are significant for a child’s development are:

•    A Children Health and safety

•    Relationship with other children

•    Collaboration and support from the families

The regulatory authorities have been working to aim for the best in setting up the child care and education program in the early childhood settings.

For NQF to work under a proper administration and guidance the Australian Children’s Education and Care Quality Authority (ACECQA) was established.

This establishment helps the government in identifying the sectors, families, zones which need NQF promotional activities and detecting the best practices to imply the NQF in ECEC settings.

Under ECEC a number of self-evaluations may be performed but the evaluation of staff quality is not compulsory under any practices or guidelines.

The staff to child ration, space requirements, and territory levels are the minimum standards required according to the national legislation for ECEC. Programs.

Evaluation of a child’s development is indicated by the Australian Early Development Census (AEDC) which is a parameter evaluated by their teachers. This assessment is conducted in the initial years of the formal day school for a median age of 5 years. The areas in which the child is evaluated are social competency, intellectual skills, general knowledge, emotional stability, linguistic learning and communication abilities.

In the year 2009 AEDC conducted the first AEDI Australian Early Development Index on 262,147 children. In the year 2012, the AEDI was conducted on 289,973 children. Approximately data from 97.5% and 96.5% population was collected. The percentage showing vulnerability in the child care and development was 23.6% in 2009, and it was reduced to 22.0% in 2012. The report suggested that these percentages were from all the socio-economic groups and not from a certain social section. (AEDI 2013).

There are transitions observed in any newfangled researches when carried by professionals on board. In Australia, the EYLF (Early Years Learning Framework) is just like an inspiration for the professionals researching under premature childhood and digs deep in the fact-findings of early childhood settings. Participation of family in the education is not a present-day concept. The count of instances related to Practice Principles during the premature adolescence services and the bridge of meeting between the families and professionals has/ is likely to yield fresh and better apprehensions about the play, teaching or even the cultural values. These upshots the link between the family and professional zone which includes both school and the early childhood services, where the grasp of core content is cherished within the fraternity.

Researchers practicing and executing the high-level analysis are the professionals who deduce the present-day professional knowledge. There were cases designed under the research work to study the attitude of teachers towards the innovations and to change their root process teaching practice. These professionals performing research under the curriculum implementation of early childhood have advocated that the teachers are active to explore the practical strategies under teaching programs and follow it religiously. Researchers also propose that whenever there are open opportunities of discussions that focus on practice as well as the practical approach towards making the children’s learning environment better and comprehensible, teachers have shown agreement towards exploration in a very systematic way.

At present, the areas of research interest elucidated in the research program by AEDC has encompassed about the children with special health care needs, mental fitness issues (anyone from family-child and parents) or even those with a non-English language background. The running projects include the scrutiny of the relationship held by perinatal aftermath and the progressive outcomes as assessed by the AEDC. These projects have also studied clearly the impacts of this relationship on the educational outcomes. Within their research, professionals are following the data by AEDC to acknowledge the query about the population and sub-population issues. Many researchers are even using the AEDC to associate another kind of health and pedagogy data sets. The AEDC research is subscribing a lot of outcomes to policies, planning measures, service delivery and debates related to the academics.

In the year of 2015, the Productivity Commission inquiry proposed a program to the Australian Government, wherein they suggested to establish a specific scheme to link information towards each child from the National ECEC Collection. The plan was to link this information from the National ECEC collection to information from the Child Care Management System (CCMS), and the AEDI and NAPLAN testing outcomes further to inaugurate a longitudinal database. (AEDI, 2013)

A lot of leaning can be incorporated here from the schemes and learnings of the international studies about the premature childhood. Also, on the contrary part, the outcomes of the conditions prevailing in the Australian region cannot be ignored. The situation in Australia needs to be equally explored and should be focused more cautiously so that there can be actions taken keeping in mind the socio-economic patterns. The operations cannot neglect the prevailing local service system bodies and the cultural characteristics and thus, the efforts should be made in accordance staying parallel with the running system.

Therefore, the researchers have suggested that the early childhood education is appreciated by both families and the teaching professionals. 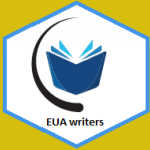